Channel 9
WA has fallen well behind the rest of the country when it comes to attracting international tourists. Industry groups say the government isn't spending enough money on marketing the state overseas and we should be concentrating on Asia and America.

Thursday 27 August 2015
Channel 9
Qantas has come under fire for downgrading its domestic services into and out of Perth.

Friday 7 August 2015
Channel 9
Virgin Australia will give business up to Tiger Airways on the busy Bali route.


Tuesday 7 July 2015
ABC News
WA's destination marketing needs to increase by at least $20 million to bring it into line with other States and increase the number of visitors to WA.

Friday 3 July 2015
Channel 7 News
Perth's cost of living and how penalty rates are contributing to the rise and why you get what you pay for in WA.

Friday 28 June 2015
Channel 9
They're chic and trendy and changing the face of Perth. Small bars are growing in number, variety and making our city more cosmopolitan.

Sunday 31 May 2015
Channel 9
Tourism could be the answer to our economic woes. We're being urged to sell our state to the British and Americans as new data reveals those tourists spend the most money in WA.

Thursday 28 May 2015
Channel 9
The $2billion Elizabeth Quay project could open to the public without any operating restaurants or bars. The project's due to be ready in December and the government is looking for stop-gap food and entertainment options.

Tuesday 28 April 2015
The West Australian
At a time when WA Government appears to have little control over its revenue streams from iron ore royalties, the economic tipping point for the hotel and tourism industry is on the horizon.

Tuesday 14 April 2015
Paying the bill at a restaurant is usually the last thing you do after a meal, but an enthusiastic group of Perth Diners has paid upfront even before the restaurant was built; Lucky Chan's Laundry and Noodlebar opened today in Northbridge.

Monday 6 April 2015
Perth customers have paid up to 15% more to eat out this Easter long weekend. Despite the high public holiday surcharges, business owners say they are struggling to cover costs.

16 February 2015
Sizeable contribution to businesses  Tens of millions of dollars are believed to have been pumped into Perth businesses during the three-day Giants extravaganza, which Lord Mayor Lisa Scaffidi said had marked the cityâ³ ã£¯ming of ageä® Read the full article here.

6 January 2015
ABC720 - Raffles Hotel and Cyclist Lycra  We are used to hearing about large groups of cyclists taking over coffee shops but it seems they are increasingly showing up at hotels too, and its causing some issues for hotel operators. Listen to the full interview here. 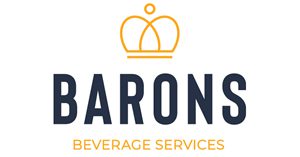 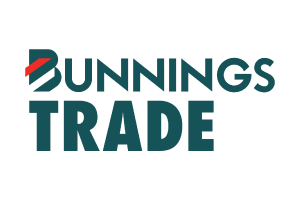